Why not try some of these best NES emulators for PC & Android 2021 available for download on your Android & Windows PC.

NES (Nintendo Entertainment System), was one of the most popular gaming platforms in the 90s and it is quite nostalgic for the recent gamers to actually play those best and old NES games on modern computers and smartphones.

This is the reason why we have put together the best NES emulators 2021 to choose for Windows PC  and Android.

All the below NES emulators allow you to play the old NES games on your Windows, Mac, Android, and Linux devices.

NES gaming console has been a popular hit around the world. It was released in the 90s and quickly took the gaming world to the whole new level. Despite being a 16 bit console, it has reached to the top of the gaming console competition and outplayed many gaming consoles.

Now that NES gaming consoles are not available and it is not possible to play those old games, therefore NES emulators are important requirements for anyone who loves to play old Nintendo Entertainment system games.

Best NES emulators 2021 do the same thing as the gaming console can do for you. You can play various games which are hard to find these days such as Super Mario, Super Metroid, Donkey Kong Country, Chrono Trigger etc. It is always pleasing for a gaming freak to play old school games.

Looking to play NES games on your windows 10 8 or 7 platform? Choose some of the best NES emulators for PC 2021 from the below given list:

It is the most popular emulator available in the community and has various unique features and customization options for both developers and players. it is simple to use and provides more advanced controllers such as video recording, debugging and ROM hacking.

FCEUX is all in one application which is extremely pleasing for both advanced and casual gamers.

Best NES emulators provide useful features for developers as well, especially when you are looking to develop a piece of software and use it.

If you are an Android emulator developer then you can add different elements and create more advanced software.

This emulator also supports different versions of Linux and Windows.

This is yet another popular advanced NES emulator for PC 2021 available in the market available for users.

It has various customization features and is considered to be the most versatile emulator.

It is actively supported by the developers and also available as an unofficial continuation of original nestopia.

Nestopia UE is an undead edition and compatible with most versions of windows. You can download and install this amazing emulator on your windows and enjoy games.

It is another emulator that has been developed to support any version of Windows. It doesn’t require any development or control while playing modern NES games.

It also provides great flexibility unlike other emulators. One of the great things about this emulator is that it has some handy features and lets you adjust screen and mode easily.

One of the best NES emulators for windows 10 if you want to open ROM and begin playing your favorite game. You don’t have to feel the need for replacing cannot adjust the screen size and resolution according to game requirement.

Another, popular emulator which is more robust and possesses advanced functionality. However, it has a reputation of being considered to be one of those kinds of emulators that require minimum resources in order to run on a machine.

If you are looking to use this emulator on your machine, then you must ensure ROM and RAM requirements. Once it meets the minimum requirement, then you can easily run highly advanced games using this emulator.

Here is the list of best NES emulators for Android 2021-

It is one of the fastest emulators for Android available. You can auto-detect the game’s ROM. It also supports cheat codes and multiplayer gaming. Happy chick emulator is one of retro Nintendo games.

If you are a lover of classic games then this emulator is perfect one for you. You can play old classic game such as Bomber Man, Super Mario, Battle city etc. It also allows Bluetooth, Wi-Fi and multiplayer modes.

Yet another popular NES emulator for Android 2021 is NES.emu. It allows you to save the game progress even when your device accidently gets switched off. It also supports external controllers such as Wi-Fi, Xbox and Bluetooth etc.

It can be downloaded free of cost from Google PlayStore. It supports controller with it and gives you a unique gaming experience.  To get best snes emulators for ios, check out this blog which will allows yo download and install ios emulators.

Looking to play old NES (Nintendo Entertainment System) games on your computer or smartphone device? Why not try some of these best NES emulators available for download online and on your Android device using google playStore. You will surely experience unique gaming and you will be able to play all the best NES emulators your childhood  retro games yet again! 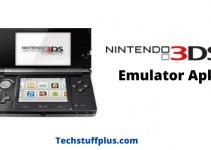 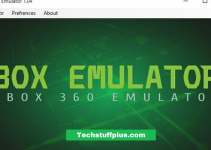 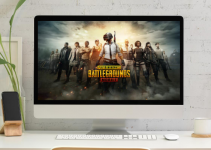